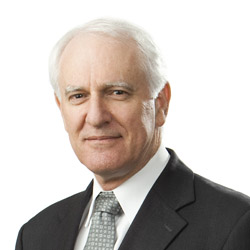 Les has specialised in corporate and commercial law for 30 years. He has led innumerable transactions for both private and public companies and is experienced in all aspects of transactional work, including dealing with regulatory bodies such as ASIC and FIRB.

Les has extensive corporate advisory experience and has assisted many directors, shareholders and investors through difficult and stressful crises.

In addition to his corporate work, Les specialises in asset protection and succession planning, both for corporate and individuals with complicated and complex structures.

Les was a partner of Fluxman Rabinowitz (a leading commercial practice in Johannesburg) and joined Freehills when he immigrated to Australia in 1987. Les, together with Mark Morgan, established Morgan Lewis in 1996, where he practiced until mid June 2013. He then left Morgan Lewis to launch lewis king blumberg with Delene Blumberg and Matthew King.